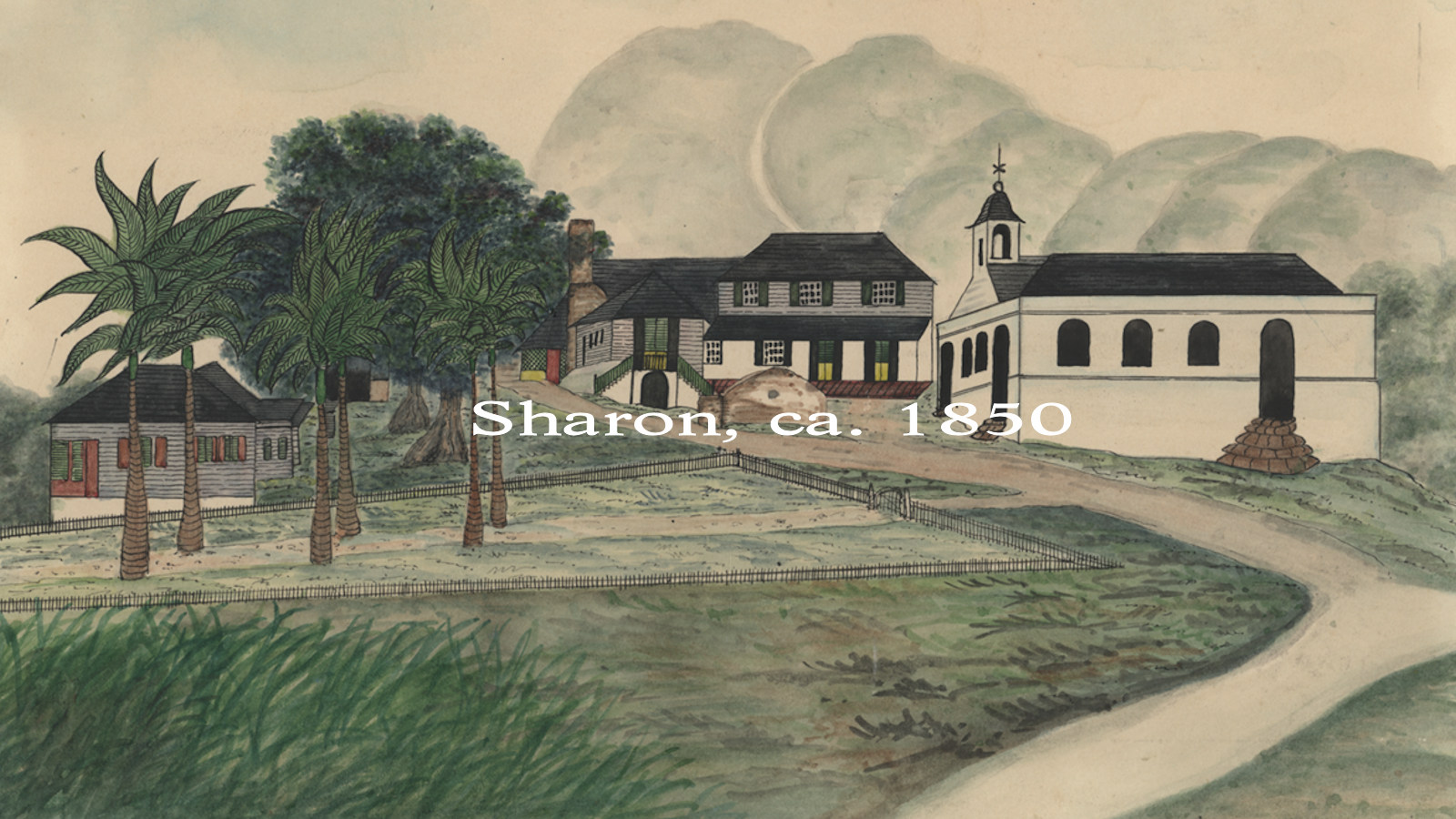 The Sharon congregation was founded in 1768 at Bunker’s Hill, St. Thomas — an area now also known as Old Sharon. In 1795 the mission was removed to its present location and named “Sharon.” No doubt, to the missionaries of the time, moving from Bunker’s Hill where they had more than their share of setbacks, the new location on the plains below, nearby the gully and watercourse, promised the fruitfulness of the biblical Sharon (Isa. 65:9-10; 35:1-7) — the verdant, coastal plain of Northern Palestine.

On February 10, 1799, the foundation stone of Sharon was laid, and the structure was built with the willing assistance of the slave congregation.

It is by God’s grace and dedicated and humble service that the congregation at Sharon grew. Over the years Sharon has served as a place for spiritual edification and growth, and the overall advancement of the people.

The present membership seeks to be faithful to the call of God in Christ, and to maintain the legacy of over 236 years of service to God and all persons. Thus the Sharon congregation eagerly pursues the vision of the Moravian Church Eastern West Indies Province which is, A church, transformed, united, and victorious in Christ.

In pursuit of the vision the congregation endeavours to fulfill the mission of the Province expressed in the statement, By the grace of God, we seek to be faithful to our Lord Jesus Christ; without distinction, we use all that we possess to call all peoples to the truth of the Gospel through worship, evangelism, discipleship and service.